What Kind Of Bugs Does Pest Control Kill?

A: Pest control can kill all bugs depending on location, product, and the needs of the customer. We can take care of any variety of bugs out there.

Look, we know that during these tough financial times, people are trying to cut extra expenses out where they can. Unfortunately, that has led to a lot of talk about cutting out many home maintenance services such as pest control in Houston. People get on YouTube and see these crazy myths about cheap, DIY pest prevention like burning an ant pile with fire—yes FIRE.

Let us be the first to warn you—DO NOT try to set your ant piles ablaze with gas and a lighter. It will be an expensive call to the fire department. Instead, adjust elsewhere in your budget if you can and realize the savings essential services like pest control can give you.

PEST CONTROL IN HOUSTON IS ESSENTIAL

We can assure you that regular pest prevention from a licensed professional is an essential service. In fact, it can actually save you money by detecting costly problems like the early beginnings of a termite infestation. Termites cause about $5 billion in property damage every year—and that’s not covered by your insurance.  Termites aren’t the only bugs that pest control in Houston can kill—Houston deals with a lot of different insects as well. While not all insects can cause the damage termites do, they can also carry diseases, ruin food sources, and some can cause pain. While our pest control services can effectively kill any type of insect there are a few usual suspects in Houston.

THE MOST COMMON BUGS KILLED BY PEST CONTROL IN HOUSTON

Texas has a well-earned reputation for being a tough state where everything is bigger. In Houston, that also applies to our bugs, specifically cockroaches and mosquitoes. Add to that a big population of spiders and other creepy crawlers and you see why in Texas—you gotta be tough. The bugs range from harmless nuisances to ones that can be potentially lethal to humans or animals.

Regular preventative treatments from a reputable provider of pest control in Houston is the best way to mitigate bug encounters. Let’s take a quick look at the most common insects we come across and kill as the leading pest control company in the Houston area.

Cockroaches are an accepted part of life in Houston—they’re that much of a problem. Houston is home to over thirty different varieties of cockroaches. Yes, thirty! The most common we come across is the American Cockroach, also known as a waterbug. Makes sense right? The other is the German Cockroach.

You might not realize it, but cockroaches like the same creature comforts that we do—food, dry shelter, and water. While roaches don’t bite or secrete any kind of venom— they spread diseases easier than COVID-19. What makes things worse is, a couple of cockroaches in your home can explode to hundreds in a matter of days. Often, that happens before you even notice the first signs of breaching your home.

Fear of spiders or arachnophobia, is a very common phobia all the world around. It’s safe to say that if you have a serious fear of spiders—pest control isn’t your ideal career path. The surprising fact is—spiders are more helpful than they are harmful. They play a major part in natural pest control—they eat roaches, mosquitoes, and flies to name a few. That said, there are also some varieties of spiders that can be very harmful to us. Spiders such as the brown recluse and black widow are the most commonly found variety in Houston. Their venom contains extraordinarily strong toxins that can cause serious health problems and even fatality.

What goes better with spiders than…scorpions! Yes, in Houston you will find one species of scorpion more often than any other—the striped bark scorpion. Get bit by one and they will indeed rock you like a hurricane. The good news is while their sting is quite painful and reactions range from intense abdominal cramps to breathing issues, it’s not fatal. You’ll typically find them under boulders or large rocks and ground cover, so be careful in wooded areas. As the old cowboys do, shake out your boots and shoes first, as they like to hide in there too. Luckily, if you live in the suburbs or a fully developed subdivision, scorpions aren’t as common. They are more along the rural areas or neighborhoods that border a wooded, undeveloped area.

Texas is home to many species of bees, but the most dominant in Houston, as well as the state, are honeybees and bumblebees. While both species are pretty docile to humans, if they do sting you it can be moderately painful. However, if you are allergic—it can be far more serious as it can lead to things like anaphylactic shock. The good news is, bees usually sting only as a last resort to defense, especially honeybees who can die in the process. The pain from a bee sting generally subsides after about an hour or so. It should also be noted that honeybees are incredibly important to the ecosystem. It’s best to divert them as little as possible rather than eradicate them.

Wasps on the other hand—especially the yellowjacket variety, are just downright vicious and aggressive. A yellowjacket won’t just follow the old “don’t bother me I won’t bother you rule.” They will come at you with unrepentant aggression and unlike bees will sting you as many times as possible because they can. Most other species of wasps also tend to be aggressive but not to the malicious level that yellowjackets are. Their sting is more painful than bees, but again—unless you are allergic, it doesn’t pose much of a threat. But you learn to avoid them, my God do you learn.

There are over 200 species of ants that are native to Texas with Houston being home to about a dozen of them. Ants are everywhere in Texas, with over 200 species native to the state, and Houston has its fair share of the stinging creatures. These include notable major populations of fire ants, carpenter ants, acrobat ants, and as of 2002, “raspberry crazy ants.” Yes, crazy ants—their name indicative of their erratic running and behavior, where most ants are very structured and organized.  You may not recognize the name pharaoh ants as most Houstonians call them “sugar ants.”

The most dominant species in Houston are the well-known fire ants, if you’ve ever accidentally stepped in a pile you already know. These ants are also angry little bugs who are quite aggressive and due to their multitudes can be very painful.  The good news is, ants are more painful and annoying than dangerous—again unless you are allergic.

Many people not familiar with Houston would swear we have mosquitos the size of sparrows when they visit. However, there’s no need to inflate the ego of mosquitos in Houston—the fact is, they just plain suck—literally. Blood, to be specific, it’s what they feed on. So, mosquitos aren’t biting or stinging us even though we call them bites. Mosquitos survive off human blood and they are the carriers of some of the deadliest diseases in history. West Nile, dengue fever, malaria, and many more—it’s no surprise pest control companies spend 90% of their time eradicating them.

Mosquitos also pose a huge threat to our pets spreading heartworms to cats and dogs. While cockroaches are disgusting, and ants may sting—mosquitos spread misery like no other. They are relentless, travel in swarms, and dozens will feed on you at once if they’re feeling brave. Unfortunately, due to our climate, mosquitos thrive here, so pest control companies in Houston have their hands full year-round.

DO YOU HAVE THE BEST PEST CONTROL IN HOUSTON FOR YOUR HOME?

Anyone who has spent much time in Houston understands that bugs are inevitable here due to the foliage and humidity levels. You can either move out of the area or invest in quality pest control from Champions.

Contact us today to get a free quote on the most responsible and effective pest control in Houston. 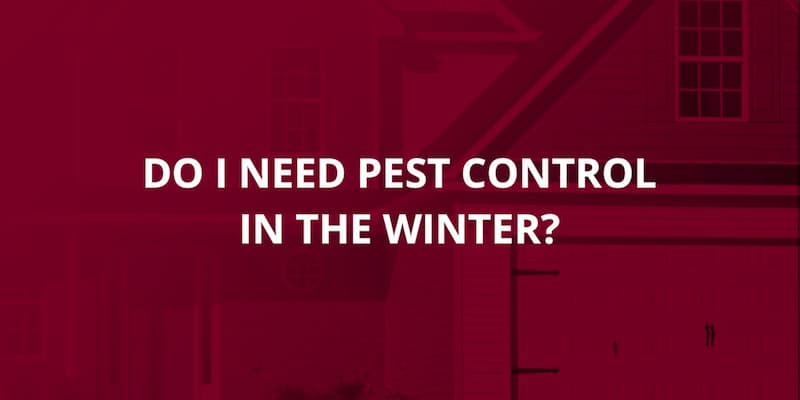